Fundamentals of computing and informatics (1. part) 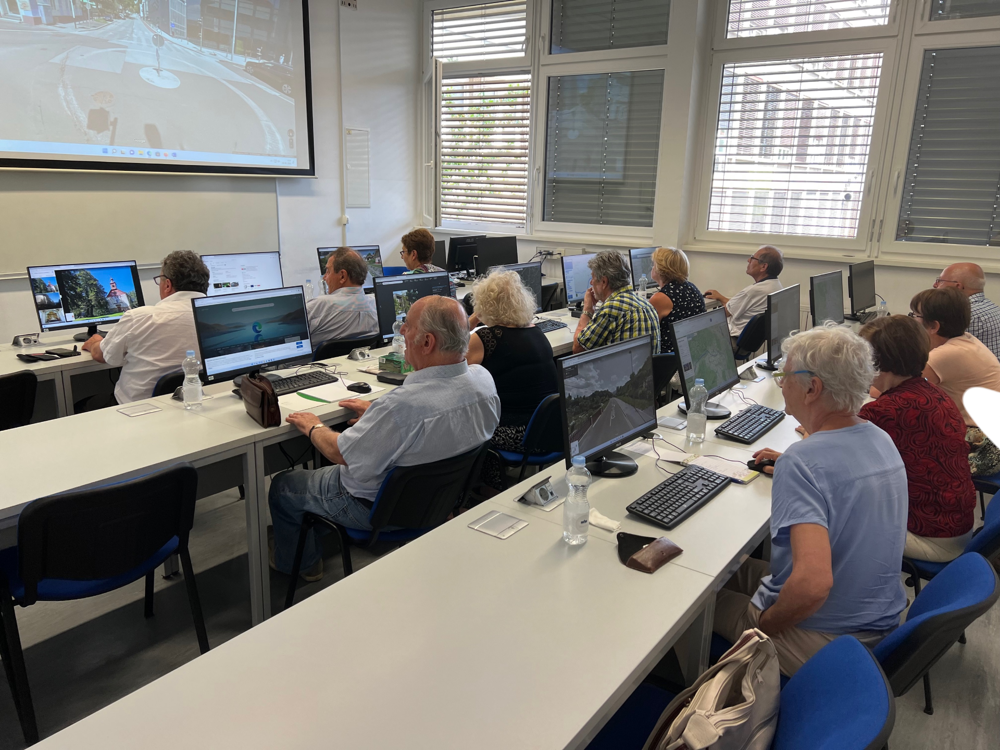 On Tuesday, June 28, the workshops "Fundamentals of computing and informatics", parts 1 was held at UM FERI, which were intended for seniors and other interested parties who are involved in the Association of Maribor Engineering Societies.

In the 1st workshop, the participants first learned about the basic components of a computer, which they should pay attention to when buying a desktop or laptop computer. Then they learned the basics of working with the operating system itself - where things are located and how to use the keyboard and mouse. Once they mastered these basics, we moved on to word processors, where they learned the differences between a basic editor (Notepad) and an advanced editor (Microsoft Word). The participants also learned about different browsers (Microsoft Edge and Firefox), with which they learned about the usage of Google and Bing search engines. They plotted their route to the seaside on a map, utilizing different route options, such as avoiding highways and avoiding tolls. They also looked up their address on the map and navigated the streets to get to their house using the "Street View" functionality. At the end of the workshop, they listened to their favourite music and watched some videos on YouTube.

In the second part of the workshop, the participants learned about some of the Google applications. To use Google applications, participants first created a Google account. They already learned about certain applications in the previous workshop where no account was required (YouTube, Google Maps), and in this workshop they learned about sending and receiving mail (Gmail), creating new documents and exporting to DOCX and PDF (Google Documents), using the cloud to store documents and images and share files with other people (Google Drive). At the end of the workshop, they played around with editing a shared document.

Workshop was organized with the help of:

More can be found on this link.